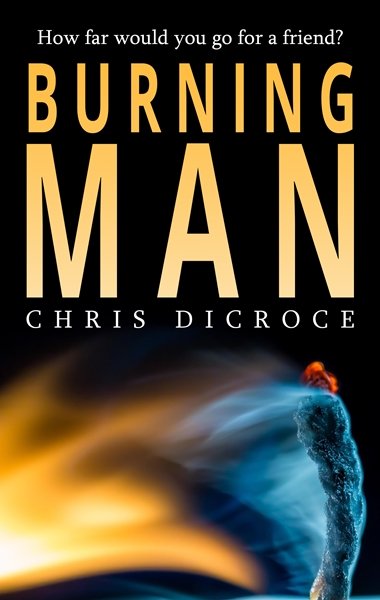 In 2012, Nashville singer-songwriter Chris DiCroce sold his house and everything in it to move aboard a 35-foot sailboat with his wife and dog. After two years aboard his boat Vacilando, DiCroce shifted his focus to the long form and began writing books, one of which became an Amazon #1 bestseller. His latest release, Burning Man (June 2017), pays homage to Nashville, his home of nearly 25 years.

Part Thelma and Louise, with a nod to Butch Cassidy and the Sundance Kid, Burning Man weaves a path through Nashville’s streets, studios and eateries before blasting off into the unexpected. DiCroce adds a unique twist, marrying his music to his prose via a free soundtrack to the book with purchase. Readers will recognize some of its lyrics sprinkled throughout the pages of Burning Man.

​One Amazon reviewer notes, “As talented a songwriter as Chris DiCroce is, it’s no surprise that his foray into longer form prose is so well written.” When comparing writing books to writing songs, DiCroce says, “For me, marrying words to music has always been my favorite thing to do. Creating something that didn’t exist before is pretty powerful. Inventing characters and their past lives and then sprinkling them throughout a fabricated timeline in the universe was an incredible experience. Like writing a song on steroids.”

The story opens with music legend Dash Nelson at the record release party for his latest album, which takes place at Nashville’s legendary Emerald Studios. On the morning after the party, Dash is roused from a scotch-induced slumber with the news that his long-time manager and best friend, Paul West (Westie), was found dead. Dash abandons his family, friends, and his record to keep a promise he made to Westie many years ago. A promise that he’s certain will land him in prison.

Burning Man twists in the grasp of DiCroce’s unique storytelling. There’s plenty to delight the action and adventure readers and will reel in fans of Tom McGuane, Tom Robbins, or Carl Hiaasen. It’s available through Amazon, Barnes & Noble, and bookstores everywhere. To find out more and download a free, exclusive 4-chapter preview of Burning Man, visit chrisdicroce.com.

“Just try to put this non-stop adventure down!”

Chris DiCroce is a critically-acclaimed singer/songwriter and Amazon bestselling author who has been writing in one form or another for over 25 years.

After producing three independent records on his own label and touring internationally, including a performance at Farm Aid, a USO tour, and as a supporting act for artists such as Robert Plant, he took a break from music and decided to make a change. In 2012, he sold his Nashville home and everything in it to move aboard a 35-foot sailboat with his wife and dog.

He began writing books in pursuit of his lifelong dream of publishing a novel. After two successful non-fiction books, Burning Man is his first novel. He’s currently working on his next project from the jungle somewhere in Central America.

To find out more, visit chrisdicroce.com. 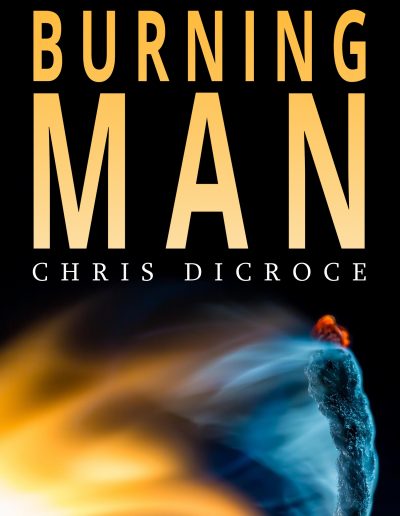 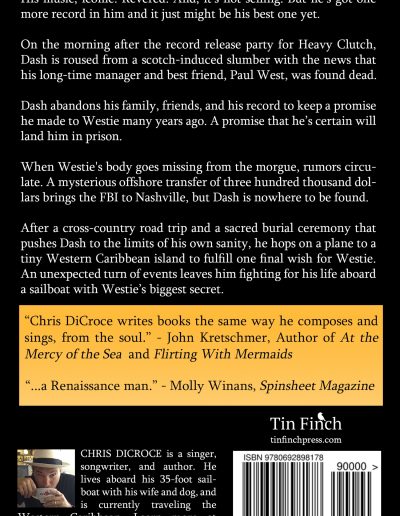 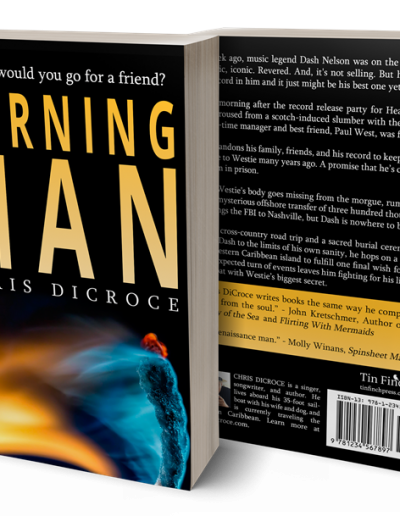 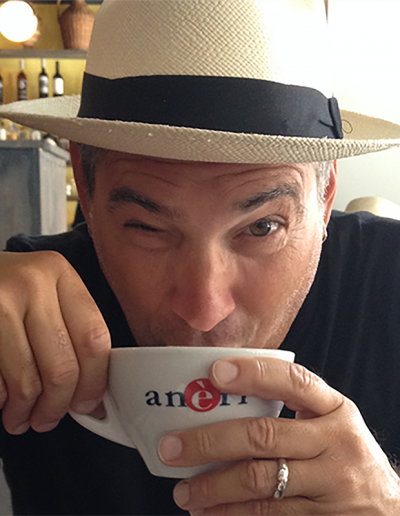